“The Gracious One"
Winter Park/ Apopka, FL, United States
“A Very Brief Introduction to “I"'. Who is I?... I am a daughter. I am a friend. I am a lover. I am woman. I am a fighter. I am an artist. I am human... Am I nothing more than a compilation of cells infused with a consciousness that allows me to know right from wrong, reality from illusion? I'd like to think of myself as a consciousness housed in a temporary physical form. Whatever the case may be, I am me, and that is all that I can offer. Philosophy Major, minor in Studio Arts and an interest in Latin America and the Caribbean. Teacher, activist, yet I remain a lifelong learner. Devoted to the mission of Multicultural Affairs. This blog is intended to track my progress in an upper level photography course taken while enrolled as a student at Rollins College. I invite you to join me as I explore this medium and its power to raise awareness and promote social, political and personal change.

Search (for information contained within this site) 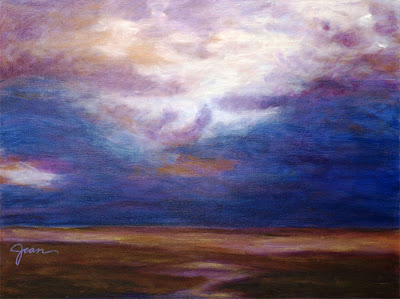 
Artist Statement
The story of a place is twofold: it starts with the actual landscape and is kept alive by the people that reside there. Apopka, Florida is an area that hosts a significant number of farm worker and immigrant families, most of whom live in historically and economically underserved conditions. At the center of this neighborhood is the Hope CommnUnity Center, which works continually to meet the needs of this marginalized population. Built upon a foundation of advocacy, education, and economic development, Hope CommUnity has touched the lives of many of the people who call Apopka their home.
Throughout this series of photos, I will be taking a look at some of the social, political and cultural issues affecting this group of people. Often times these types of discussions are reserved for scholars and corporate media outlets, however I have flipped this existing paradigm by working together with the members of this community to create a final collaborative project which allows them to control how they are being seen by the outside world, which can be very empowering.
The dynamic interactions that can be seen within and between the individual photos, between people and place connected through past into the present, weave together into an account that speaks to the greater message of community. Wherein somewhere in the process of taking their photos I had become part of it.
I focus on the juxtaposition of new and found photos, and the use of text to create momentum for change. In one of the photos, a young girl is holding a sign that reads “tenemos un sueno,” translated literally as "we have a dream". Eleanor Roosevelt once said, “The future belongs to those who believe in the beauty of their dreams.”
These photos are a message of hope.
Contributed by “The Gracious One" at 4:13 PM No comments:

Contributed by “The Gracious One" at 10:37 PM No comments:

Final Reflections on "The Photograph as Contemporary Art" 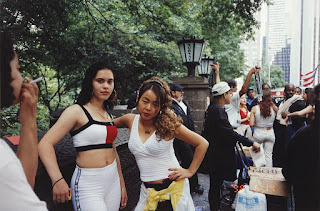 "A photograph is usually looked at - seldom looked into." - Ansel Adams

After reading this short discourse highlighting the place of photography in our modern-day society, there still remains a lurking ambiguity surrounding the distinguishing factors that set apart contemporary art photography from all others. We are informed early on that the discussion of individual photos as they relate to each chapter is riddled with shades of gray seeing as how many of the photos that we have seen could easily belong in any of the other chapters. However, this being said, Cotton suggests a single component that is important when considering this topic: a departure from form and a focus on content.


"The central artistic act is one of directing an event specifically for the camera. This approach means that the act of artistic creation begins long before the camera is actually held in position and image fixed, starting instead with the planning of the idea. Many of the works here share the corporeal nature of performance and body art, but the viewer does not witness the physical act directly, as one does in performance, being presented instead with a photographic image as the work of art" (pg. 21).
This raises a question of ethics for me: if people have traditionally viewed the photograph as possessing an objective truth, adhering to real life conditions, wouldn't this mean that the photographer gains the power to manipulate any given situation?
So it can be said that this movement in photography redefines not only what constitutes a photograph, but the responsibilities of the photographer in creating it.
The images above are the work of Nikki S. Lee, who observes a variety of social groups in America; subjecting them to scrutiny by adopting their matter of dress and body language, and positioning herself in the photo with these very individuals. I found this approach very interesting because it challenges the traditional notion of a subject vs. object dynamic, ultimately blurring the distinction to the point where the photographer themselves becomes the subject of the piece. (Above left: taken from her Hispanic Series Project, right: Unknown)
I could relate this to my work because I have been going inside the community that I am taking pictures of and creating relationships with the subjects of my photos which takes on a similar effect. As the distinctions blur I question my role as well as the nature of my work. This can produce some very interesting results as the project takes on a life of its own.
Below we see a piece created by Gabriel Orozco, entitled Breath on Piano. What I liked about this selection is his subtle suggestion of a human presence. I have realized that it is not necessary to be completely literal when dealing with visual communication. I often talk of photo manipulation and it's potential to layer meaning, but over the course of our readings simplicity has shown to have a much greater power than I had originally thought. The type of representation shown here in Orozco's work makes us question our very Being by causing us to look at the byproducts of our existence. 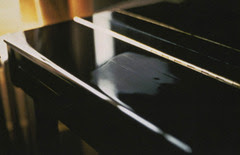 Contributed by “The Gracious One" at 3:52 AM No comments:

All proceeds collected, donations, and all other forms of contribution which are generated by this site will go back to benefit the community. Please contact me for more information about funding and distribution.